Tirana, january 15, 2016 – The Center for Openness and Dialogue starts the season 2016, titled “The Space We Live, the Space We Share, and the Space We Leave Behind” with the exhibition of the artist Edi Hila, “Mirages of a Boulevard”.

”The current painting collection by Edi Hila is dedicated to the main boulevard in Tirana with its representative buildings – “Mother Teresa” square; it follows the two cycles of paintings created before. In these elegant and masterful works, Hila conveys his vision of Albania in times of transition. He engages minimalistic expression means with a variety of pale colors: grey, blue, and earthy tones. These panoramic views of the wild urbanization feel like deserted objects immersed in a dark and mysterious atmosphere of uselessness, emptiness, and sadness”, highlights Shkëlzen Maliqi.

“The architectural complex around the University, the square and the boulevard that comprises the main urban spinal cord of the city serve these days as a theater set for the dramatic events of our contemporary history.

The intent to preserve a coherent relationship among the six paintings and between them and the main buildings that comprise the architectural complex stems from the need to introduce a kind of artistic order among the paintings, by making use of a certain chromatic continuum in turn, organically connects to the content and the administrative functions that these buildings hold today.

This inspired the attempt to present a set of paintings that focus on the story of the fountain, – that severely violated the complex concept, – as an interesting moment that transcends time,” states the artist.

“Each work of Edi Hila is a point of view on a transitional landscape, a context not only political, but deeply social. Like all Balkan countries, the transitional state is consubstantial to each detail of the country and of the cities; the artist reveals their paradoxes with a veil of mystery,” said Ami Barak, in appreciation of the work of Hila in Paris.

This is the second major exhibition opened at COD, which is curated by three seasons per year.

In COD are organized at least 3 activities per week and in its premises have worked and taken part in many activities foreign and Albanian students, pupils, experts, artists, civil servants, representatives of the administration, of NGO’s and international institutions.
The calendar of the first season 2016 (January 15-April 15) is displayed at the web page www.cod.al and  visits at COD can be booked via the website. Fridays are the days of film screening and books in COD.

At the beginning of this season, COD distributes 160 cards for high school excellence pupils, today students in the Albanian universities. A young Albanian curator has been provided Chevening scholarship for curative practices, due to the collaboration of COD with the British Embassy.

COD remains open for proposals and cooperation, aiming at strengthening the dialogue and supporting the creativity. 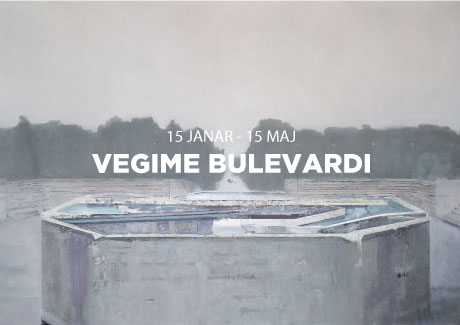 Tirana, May 20th, 2016 – COD opens the second season of 2016 titled “The space we live, the space we share and the space we leave behind – II”, with the exhibition “Qiell, up and down” of the contemporary artists Alban Muja and Olson Lamaj.

In cooperation with the Embassy of Kosovo, COD presents installations and works of the artists of the new generation, who “tend to make us judge through the Sky, the eternal matter”. The painter from Kosovo, Alban Muja, exposes the series “Windows seat” with 25 drawings and two paintings of different dimensions, sketched during his flights in the US. The artist from Tirana, Olson Lamaj, presents two installations, “Sky Color” and “Blue Meteor” which, in the shades of blue they design the wishes, dreams and human aspirations.

According to Ben Andoni: “At Alban’s work, from Up, the perception of eternity is turned into an artistic expression…The imaginary lines and impulses instinctively convey the messages. At Tirana Stones of Boulevard of Olson, from Down, reflect the down to earth idealists and who often have grumbled right in front of our exposure in COD”.

In the “Meet the Artist” Room, in cooperation with the Municipality of Tirana, COD opens the doors to the new square project of the capital. The model of the centre of Tirana is made ​​available to citizens. As such, they have the opportunity to get acquainted with the ideas on a new urban ecosystem, give feedback and share their ideas, leaving their imprints on the improvement of a city that belongs to all.

In the Minilab, curators Alketa Misja and Dhurata Thanasi present the exhibition “ARTifact”, with photographs and materials of the former Auto Tractor Plant that is forgotten today. Through the documentary images, anyone can experience the view and interpret according to a personal point of view the gigantic work done for four decades during the totalitarian period.

In the Digital Room, Olson Lamaj projects the film “Where does the star come from?”, and Alban Muja presents “Legendary Dog”. During the entirely second season, videos of the artists, as unique art works illustrate another dimension of their creativity.

In the COD Forum, in cooperation with the OSCE Presence in Albania, with the support of the German government, will be presented the cinematic project “Dialogue on the past”. A series of films over the past, treat the way how the legacy of the undemocratic yesterday influences today society. Each activity is followed by a discussion session with young people from different cities of Albania, interacting with prominent filmmakers, historians and formerly persecuted people. This film program aims to stress the fact that dialogue about the past and today’s transparency are prerequisites of a democratic future. 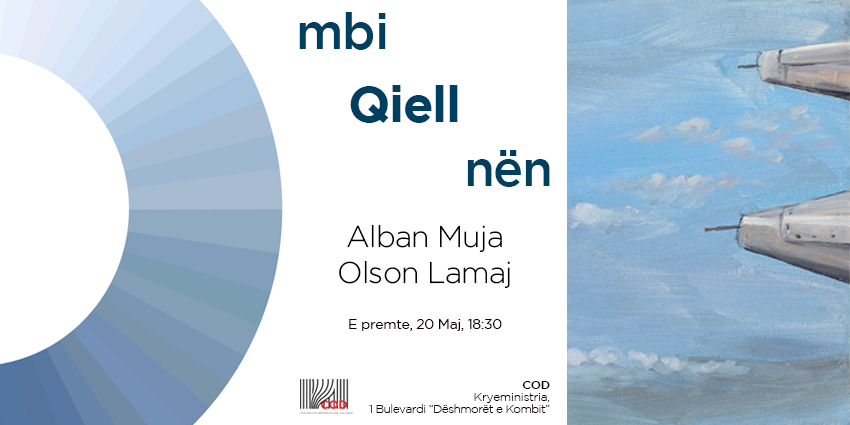 “Sky up and down” Alban Muja & Olson Lamaj 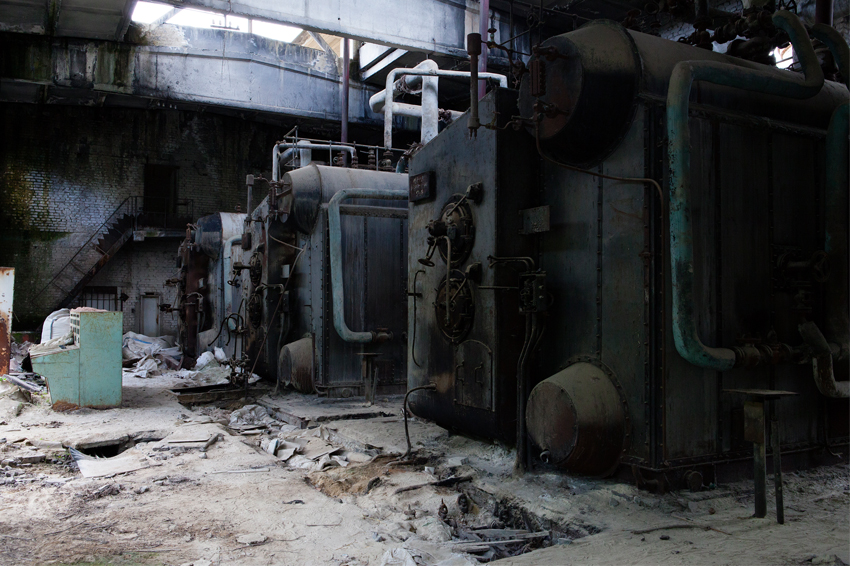 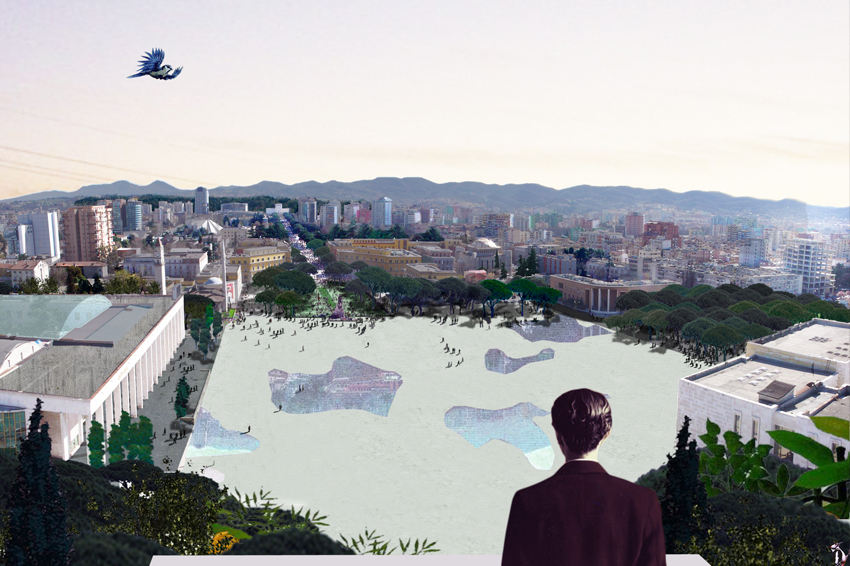 Using computer technology for creating and recreating a series of graphic images, the Austrian artist Peter Kogler presents six art works “Untitled” 2013, enabled  by COD cooperation with the Austrian Embassy. In the Forum are projected 16 interviews of the artist, bringing his creative process in several dimensions.

The Scottish artist Nathan Coley presents the artwork “A place beyond belief”, created in 2012. Exhibited throughout the world in varying forms and versions, with social and existential phrases, its actuality is impressive.

Flaka Haliti, the artist who represented Kosovo in 2015 at the Venice Biennale, presents the installation, “Just hanging around”, a metaphor that puts the artist in front of the commercial world. The installation was presented earlier in Berlin in 2014. Because of the simplicity of making, the work  is reduced in title and in its representative and aesthetic form.

In the “Meet the Artist” Room, in collaboration with the French Embassy, COD presents the installation, “Beiti” of the French artist Laurent Mareschal. An unusual artwork, made with spices, through which are evoked the multi-layered ties between East and West.

In the other premises of COD are exposed the minimalist works of Vigan Nimani, inspired by modern urban environments, stripped of any additional decoration. The artist from Kosovo brings in COD his impression of the metaphysical eternity, expressed in forms and relationships.

Shkololli himself expresses that “the title of Flaka’s work, Just Hanging Around is a watchword and at the same time, the key to openness and dialogue with the aesthetics of contemporary art that, even in subjects seemingly ephemeral, finds the seeds and spices of the sublime”.

Erzen Shkololli is an artist and curator. He is director of the foundation “Unë e du Kosovën” in Prishtina, Kosovo. He is also curatorial advisor to documenta 14. From 2011 until 2015 he was director of the National Gallery of Kosovo and in 2013 Shkololli was commissioner of the first representation of the Republic of Kosovo at the 55th edition of the Venice Biennale. From 2003 to 2007 he held the position of artistic director at the Contemporary Art Institute EXIT in Peja, an exchange initiative in Kosovo, involved with transforming the local cultural landscape. His artistic practice utilises local rituals and folklore in order to draw attention to specific socio-political situations; his work has been exhibited internationally. 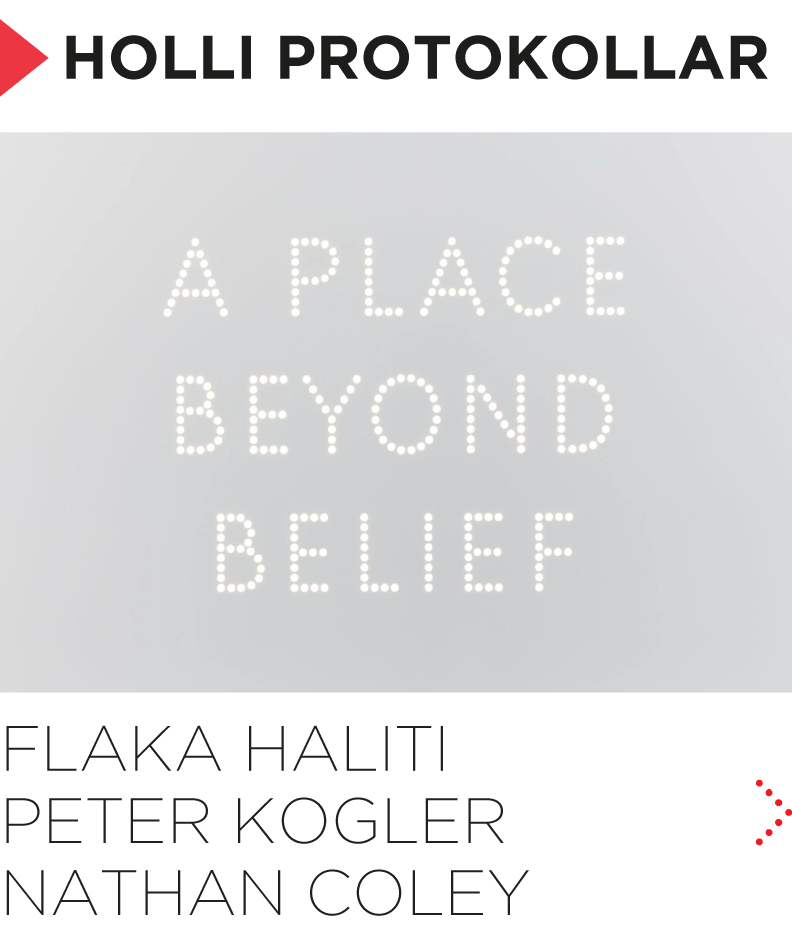 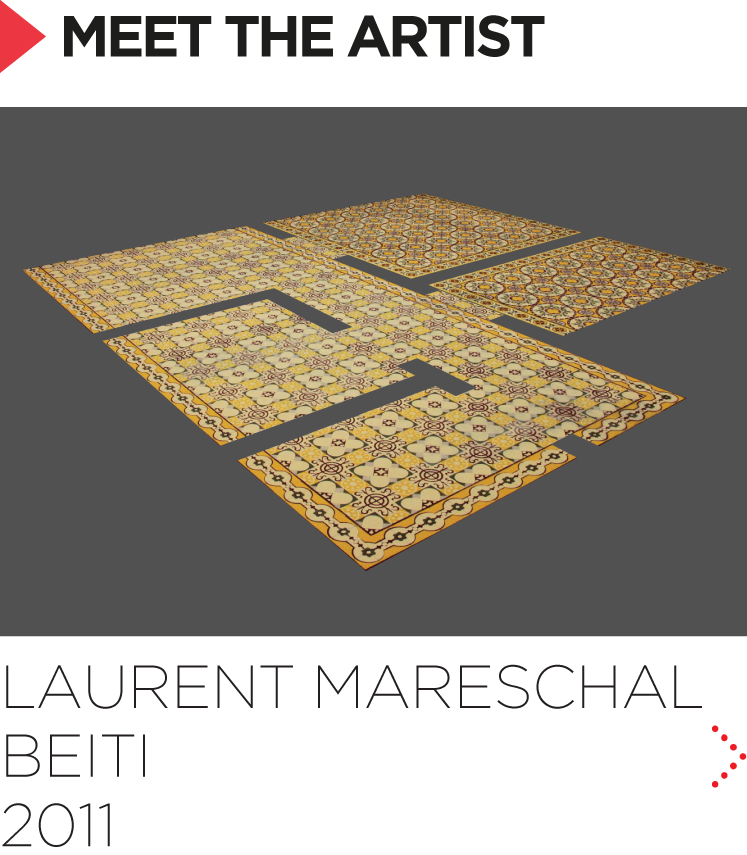 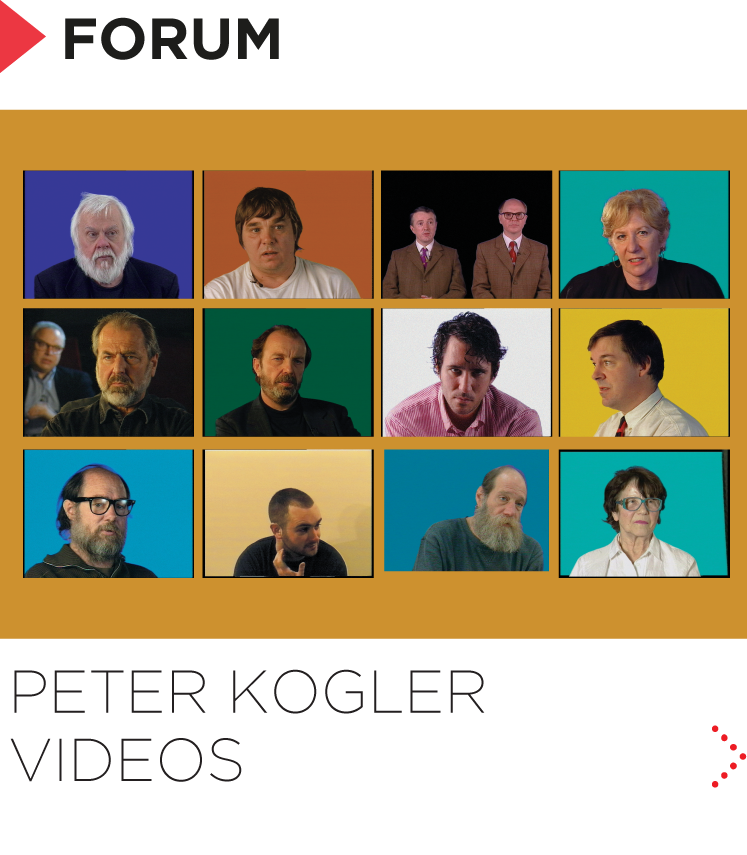