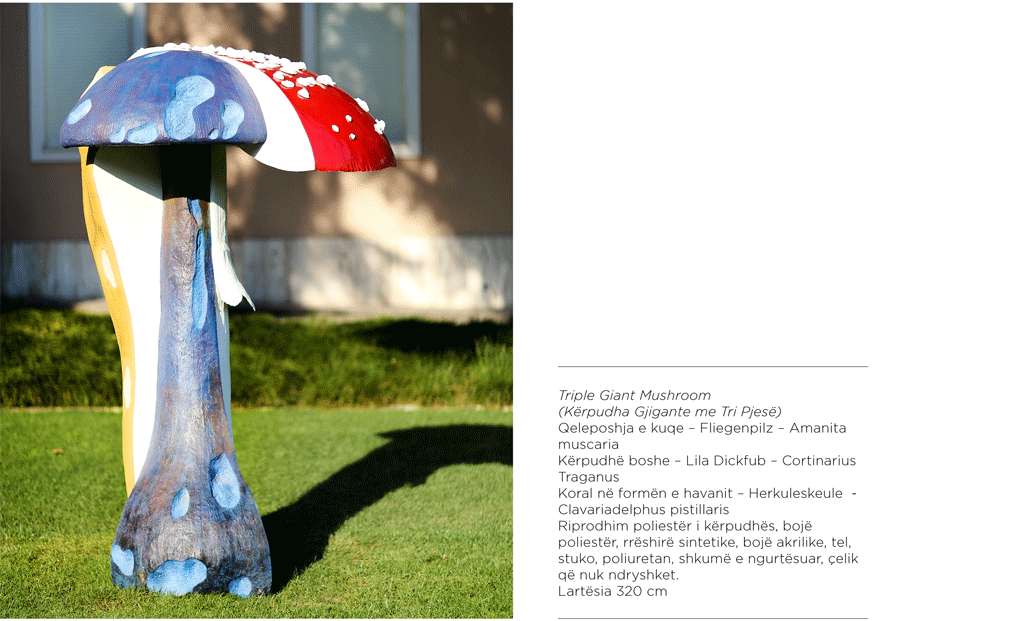 Born in Belgium to German parents, world-famous artist Carsten Höller majored in science and then obtained his PhD in biology. Over the last 20 years, Höller has implemented experimental installations, often inviting the public’s active participation in so-called “influential environments” that put visitors in front of a series of mysterious objects and objects that promote profound sensory and intellectual simulations. Höller’s works are inspired by research experiments and aspects of the surrounding world, such as social spaces, recreational parks, zoos, or playgrounds, which in some way undermines power by adding something different. His work often appears through a misleading architecture or devices that change perception, which Holler considers as “artificial limbs of your body, which you do not know you lost.”

With the belief that “people are more powerful than art”, Höller considers his work as incomplete if there is no interaction with the visitors. Consequently, he conceives exhibits as places where spectators turn into performers. Höller considers the space of art “as a space for experimentation to test ideas and concepts, which can be realized on a larger scale outside the museum”.

The most noted motive in Carsten Höller’s artwork is the division of the areas, presented in different artwork and exhibitions such as  The Double Club in London, 2008/2009, Soma at the Hamburger Bahnhof Museum in Berlin, 2010 / 2011 and Decision at the Hayward Gallery in London.

The same way, Carsten Höller’s work is also influenced by fungi, especially Amantia muscaria, which has been identified as a highly sought component of “cellular content”, which, according to the legend, it preserves the secret of knowledge, happiness, wealth, and the access to divine sphere. Even this day, fungus is an enigma to science. The variety of shapes, colors and their components – some healing and some poisoning – are not yet fully decomposed by science.

The Triple Giant Mushroom conceived especially for the Prime Minister’s Office opens the doors to the public alongside COD gives the idea of knowledge that mankind has created and continues to develop. At the same time, Amantia muscaria is a symbol that seems to have lost its original folklore significance. Accordingly, this art work refers to the possibility of the presence of an existing or newly created alternative culture, which succeeds in conveying infinite possibilities or divisions.

The Triple Giant Mushroom looks like a three dimensional collage consisting of three Small mushrooms: two quarters of each sculpture replicate the looks of two random fungi, Cortinarius Orellanus (poisonous) and coral mushroom (which is safe to eat); half, a very specific species: the large red-and-white fly agaric fungus, Amanita muscaria, a fungus with psychoactive, hallucinogenic properties. Each one of the mushrooms used in the sculpture is simply the magnified form of a real mushroom collected in nature. Each of the three parts is unique and each mushroom is a particular and unique sculpture. The colors of each of the components of the Mushroom can be correlated to the evolution of colors in the government, while their degree of use (nutritional or poisonous) can be perceived as a comment on Albanian politics.

This work of art was a gift to the Albanian people

Carsten Höller lives and works in Stockholm and Biriva, Ghana. His work has been displayed all over the world. Among his personal exhibitions we can point out: Decision, Hayward Gallery, London, 2015; Golden Mirror Carousel, National Gallery of Victoria in Melbourne, Australia, 2014; Experience at the New Museum, New York, 2011; Carousel at the Art Gallery “Bregenz”, Austria, 2008; Test Site “Turbine” Hall at the Modern Museum of London, 2006, and Half Fiction at the Contemporary Art Institute, Boston, 2003.