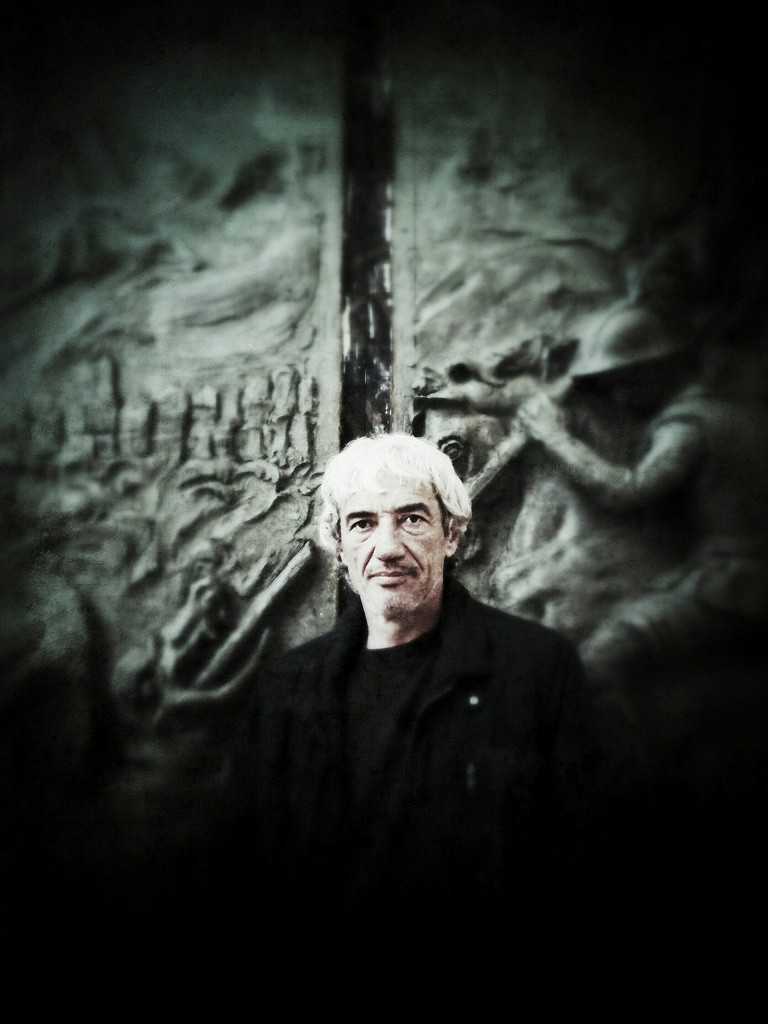 Born in Shkodra in 1963, Pjerin Kolnikaj graduated from the Academy of Arts in 1989. Specializing in sculpture, currently he is the author and master of over 150 sculptures in his atelier, using materials such as wood, iron, ceramics, aluminum and brass.

By studying in the classrooms and ateliers of Albania’s most talented artists, Kolnikaj has exhibited his work at home and abroad. He has represented Albania at the Ankara Biennale in 1990 and has presented his works at various exhibitions, either personal or in groups in Austria, the Netherlands and Switzerland. In two solo exhibitions he has presented about 60 works on engraving, modeling and elaborate iron techniques. His works are part of the permanent collection of the National Gallery in Tirana. Kolnikaj has won national awards such as the National Poet’s Monument, Father Gjergj Fishtta in Shkodra 1996 and the Nationwide Competition held in Pristina on the occasion of the 600th anniversary of Gjergj Kastrioti Skanderbeg; The Portrait of the Hero; has been president of the jury in the international competition “Onufri”; jury member in national competitions. Since 1998 he is a lecturer at the University of Arts, at the Atelier of Sculpture.