COD The Center for Openness and Dialogue launched in Tirana

Tirana, July 8, 2015 – The inauguration of the Center for Openness and Dialogue (COD), located in the entrance hall of the Prime Minister’s offices on the boulevard “Dëshmorët e Kombit” in Tirana marks a momentous step forward in the framework of the Government of Albania’s initiative to make public institutions and records open and available to citizens – as well as art and research institutions – throughout the country and beyond.

COD offers a unique blend of three venues: a digital room that provides public access to the digitalized archive of the Prime Minister’s office, containing thousands of documents, including Council of Ministers’ decisions and the institution’s internal correspondence; an internationally registered library that enables COD visitors to interact with thousands of libraries worldwide specialized in politics, current affairs, art, architecture and urban planning; and an exhibition hall that will host temporary art exhibitions. As such, COD seeks to become a laboratory that investigates the very threshold where different fields of art, politics, and research meet and their potentials overlap.

Established under the auspices of the Prime Minister Edi Rama, COD offers students and researchers, artists and curators, journalists and civil society activists, and the public at large a place where ideas take form, critical thinking informs art, and culture enlightens politics, a home where together they can emancipate the policies that will lead to tomorrow’s progress. Pursuing an open and transparent approach through diverse forms of public dialogue, COD aims at demystifying an institution that until now has been outside citizens’ reach, although it greatly affects their lives.

By bringing together Albanian and international resources, public intellectuals, researchers, and artists, COD strives to become a platform where universal and individual views converge and international and local perspectives can be mapped and linked. To that end, COD opens its doors with two prominent presentations: an exhibition of works by the internationally renowned contemporary artists Thomas Demand, Carsten Holler, and Philippe Parreno, and a curatorial project by Zef Paci, professor of Art History and Drawing at the Academy of Arts in Tirana.

As visitors approach COD’s entrance, they discover Triple Giant Mushroom, 2015 sitting on the grass lane on the right. Depicting a large mushroom composed of three unique parts that evoke various geographies, cultures, as well as degrees between edible and toxic, Triple Giant Mushroom can be perceived as a comment on Albanian politics. Especially created for COD, this work by Carsten Höller is evocative of the diverse forms of knowledge that humankind has created and continuously develops.

Upon entering COD, the visitor walks under Marquee, Tirana, 2015 by Philippe Parreno, a large sculpture that lights the entrance to the building. Parreno’s marquees have been displayed in various locations around the world including the Guggenheim Museum and Park Avenue Armory in New York, Palais de Tokyo in Paris, and at Palazzo Grassi in Venice The large marquee at once attends and welcomes the public, as if to both light and highlight a historical building and a new space as a threshold where culture and policies, knowledge and critical thought, outdoor and indoor will encounter each other.

Once inside COD, the visitor faces three works by Thomas Demand: Tribute, 2011, Attraction, 2013 as well Sign,  2015 displayed for the first time at COD. Demand’s work depicts a workshop scene where a sign is being produced for the New York World’s Fair held in 1939 and it seems to hint at the ongoing and unresolved, disquieting and hopeful matters that this sign – the handshake symbolizes ‘partnership between the people of the world by consumerism’ – once signified.

The artists generously donated Marquee Tirana and Giant Triple Mushroom to the people of Albania.

In the Digital Room, the visitor can enjoy the exhibition curated by Zef Paci, the first of a series of exhibitions entitled Photography Rewrites History, where guest curators from various fields will explore their subject using the rich collection of documents and artifacts made accessible and available through COD, including manufactured articles drawn from the government storages of the totalitarian past. 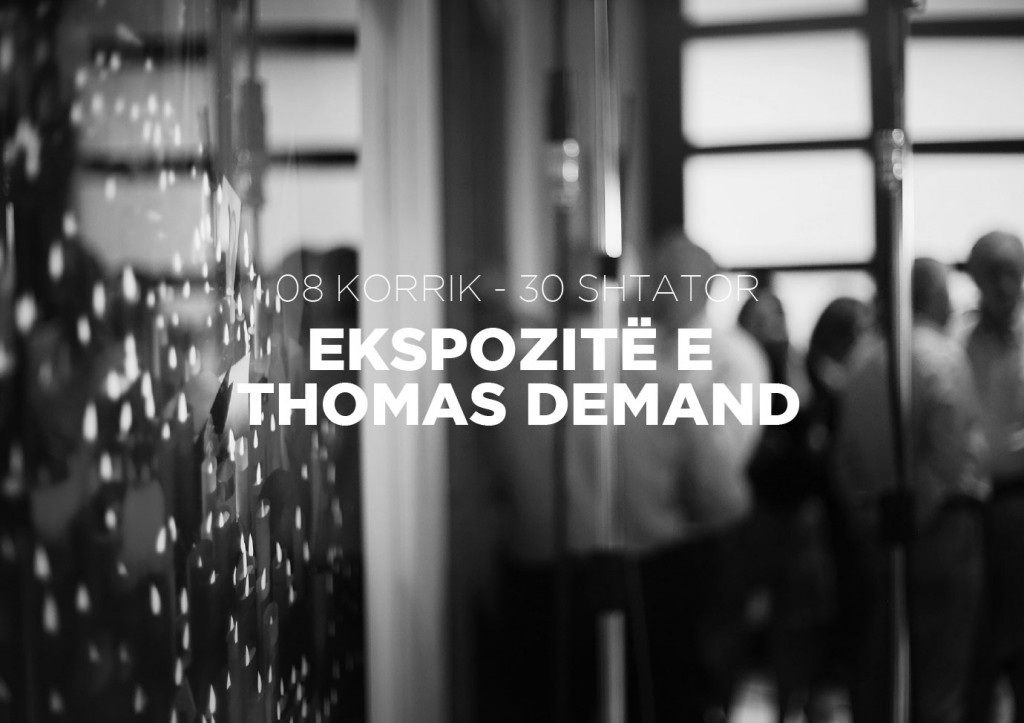 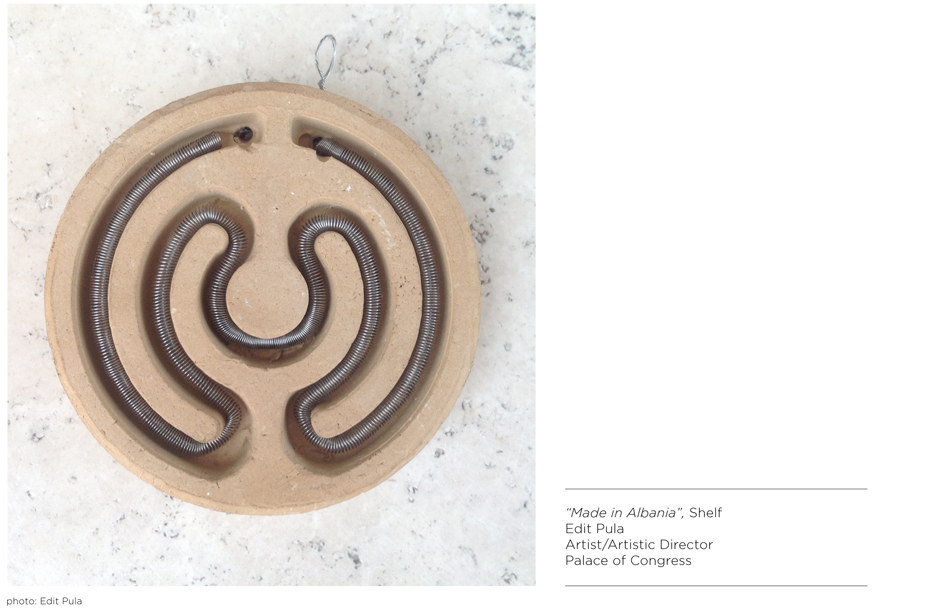 The Unclaimed Stock as Archived Heritage